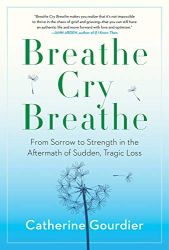 I was honored to be part of that journey and my session with Catherine is featured in the book.

I hope this book helps others who have gone through loss.

You can purchase this book online at Amazon or Chapters.

What Is A Medium?

Webster’s dictionary defines a Medium to be “an individual held to be a channel of communication between the earthly world and a world of spirits”.

A Medium is a person on earth who has the ability to connect with the energy of someone who is no longer on the earthly plain.

Veronica has the gift of being able to communicate with those who have crossed over.  Mediums are constantly interpreting impressions, both visual and audio, vibrations and visions, using their own frame of reference.

Sometimes messages can be rather obscure to Veronica, but could be significant validation to the person receiving the reading.